Chain with whip component not following the curve perfectly

Hi guys!
I’m facing an issue with Chain Whip01 component.
After the building is done, when I manipulate IK controls, my joints and tweak controls don’t follow the mst_crv curve:

Here’s a look at the curves: 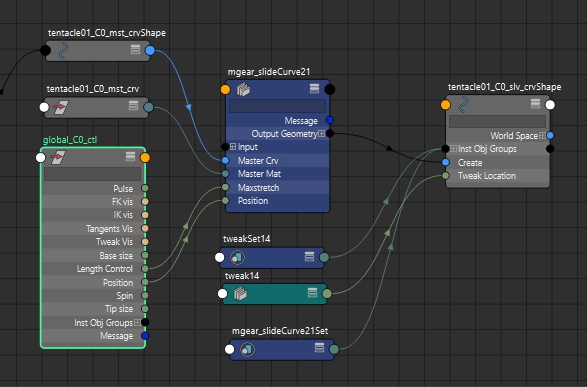 This issue reminds me the problem you might have with wire deformer when dropoff value is to small. Maybe, there is a parameter I can change so this curve will follow master one 100 percent?
Thanks in advance!

@Ann_U are you working in a unit other than centimeters? Or is this a very large rig? Is your rig also scaled?

If I make the rig very very big, I can eventually see the curves not line up perfectly, but not as far as yours. At default, they do line up for me.

That is normal and is how the slide curve works.

I think the image is self explanatory 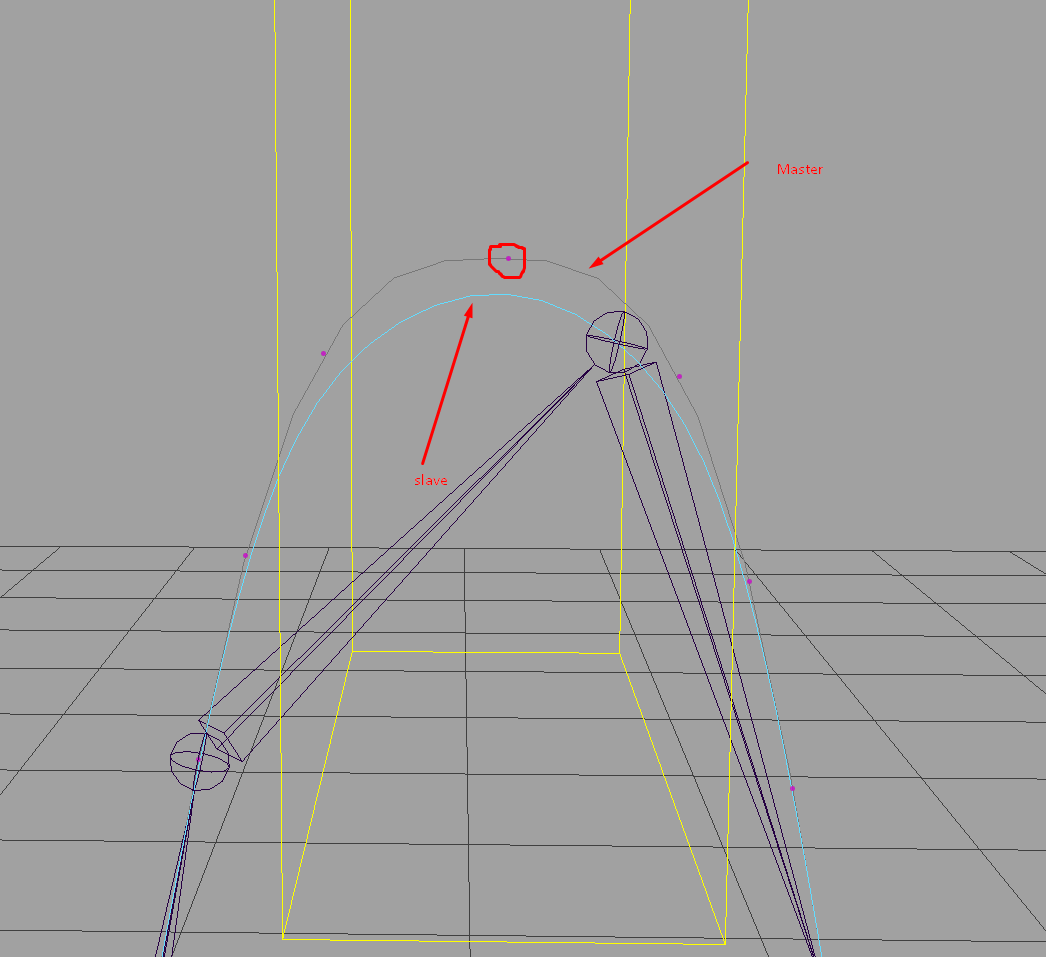 Hi @chrislesage @Miquel !
Yes, the rig is huge, it’s a gigantic sea creature (can’t say or show more, due to an NDA). I think the source of the issue is that curves have a different number of CVs (one is 76 spans and another is 26) and that’s why they differ. If that could be changed somewhere or can I disconnect slideCurve node, rebuild the curve and then reapply slideCurve again?
Thanks for your help!

@Ann_U is this actually a problem? One is an input curve with a bezier-like set of points. The other is a smooth final result. You are saying it is an “issue” because they don’t match, but are you actually getting undesired effects in your rig?

Underneath each control, you should also find two tangent controls. The animators should be able to shape it as they wish.

The curve with less CVs uses the curveCns node to attach the vertices directly to the rig controllers. One per control, and two for each tangent control. If you resample (“rebuild”) the curve, you are either going to have to rethink how that entire relationship works, or “keep originals” and use the rebuilt curve as the driver. (I tried this, and still see a slight offset. (I don’t know how the slide node works.) But I don’t see this as an issue in itself.)

For me as a rigger it’s fine, but animators say that it’s a bit deceptive to shape this curve with controls and see that the geometry doesn’t follow it. However, if that’s only me who is having troubles, we can declare problem solved!
Thanks again for an amazing product and great support!

@Ann_U have you tried to add more “in between” joints? I remember in the past, my animator told me the same thing and I solved it partially, by adding more joints.

This the screen shot of the test setup. left side has 5 joints right side 20. The length of both chains are the same 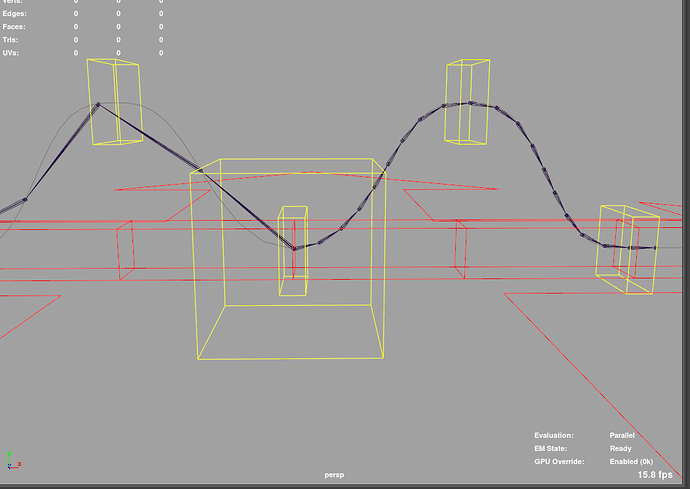 Hi! Yes, I have 340 joints)) not kidding. Because it’s a huuuge limb that should be able to grab small objects and follow curvy paths. The problem is that joints follow one curve that is sliding on another and shapes of two curves differ, so joints are not following the trajectory made with controls precise enough.
A tip though: through guide manager you can set overriding joints number to 99 max. But in attribute editor you can set bigger number (on chain’s root)