Half of my bones are oriented the opposite way

I’m having some issues with half of my bones having a different orientation. I’ve rebuilt from the guides a few times to make sure there wasn’t an issue within the build, but I get the same result. I tried changing the joint orientation within the Attribute Editor, but changing those makes the joint rotate incorrectly. Some other forums also suggested after changing the joint orientation within the Attribute Editor to freeze transforms to avoid weird rotations, but I get this error when I do that I haven’t been able to fix - “Freeze Transform was not applied because Cape_R0_0_jnt.translateX has incoming connection.”. I’ve also tried working within the “Orient Joint Options” box, but it doesn’t seem to orient the joints differently for me.

My main concern for this is that I need the “X” axis to face down for the capes on both sides (The closer up photos). They were built from “Chain_01”, then mirrored using the “Dupl. Sym” inside the Shifter Guide Manager. I’m not familiar on how bone orientation works, so any advice or suggestions would be wonderful. Thanks in advance!

Additional info: This is in Maya 2020 using mGear 3.4.0. The rig is not skinned to a mesh while trying to change the orientation. 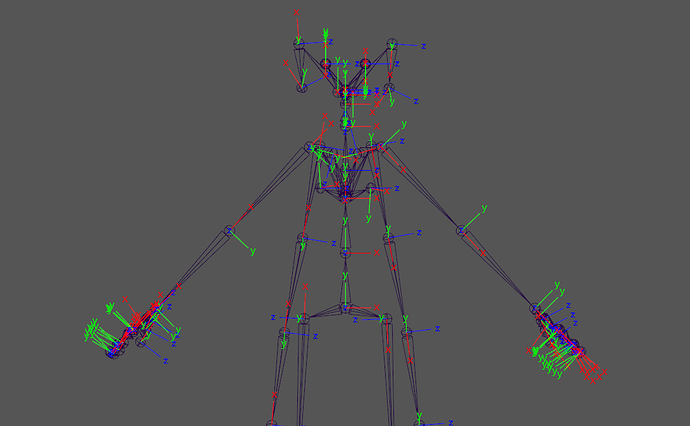 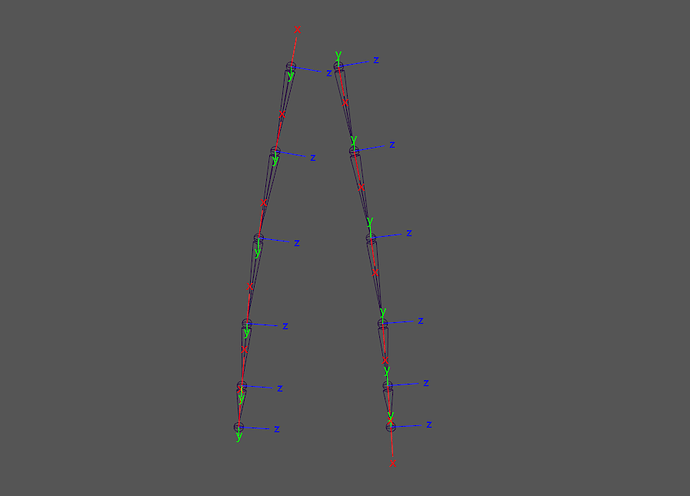 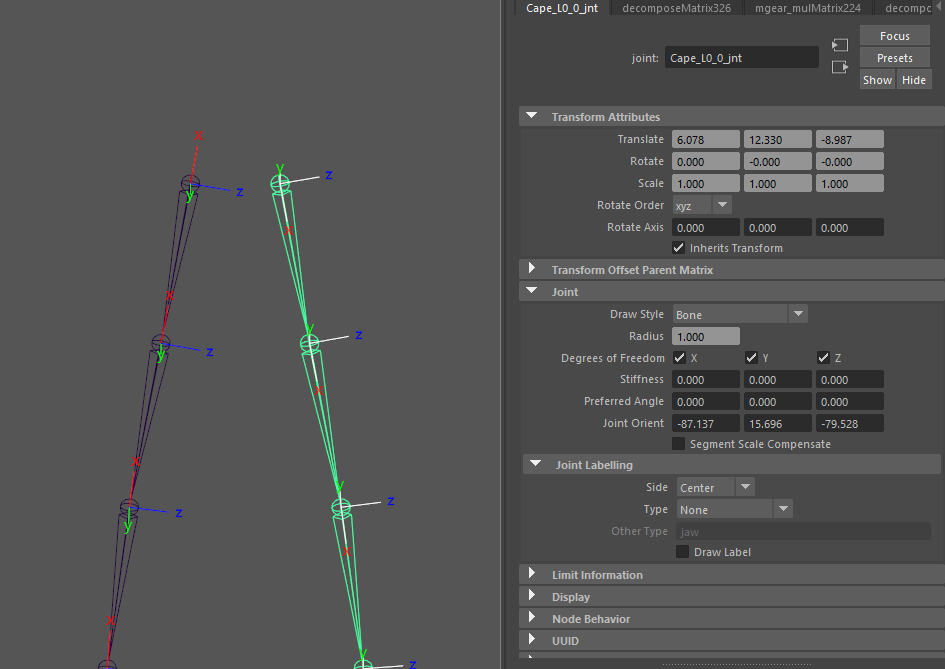 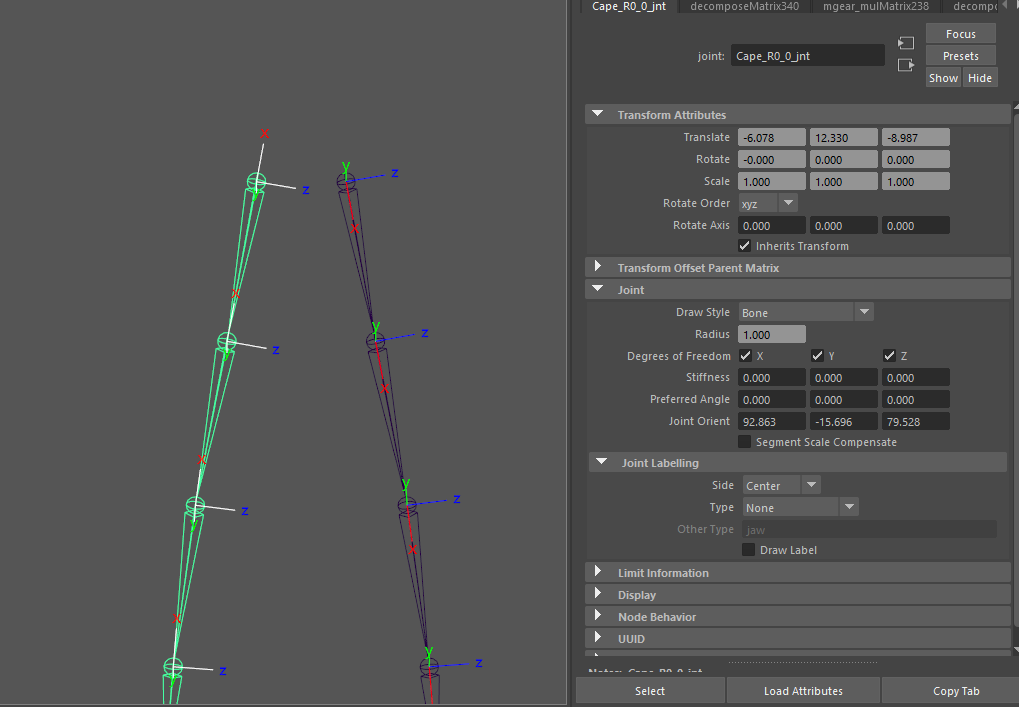 Please check this tutorial about the new joint orientation options 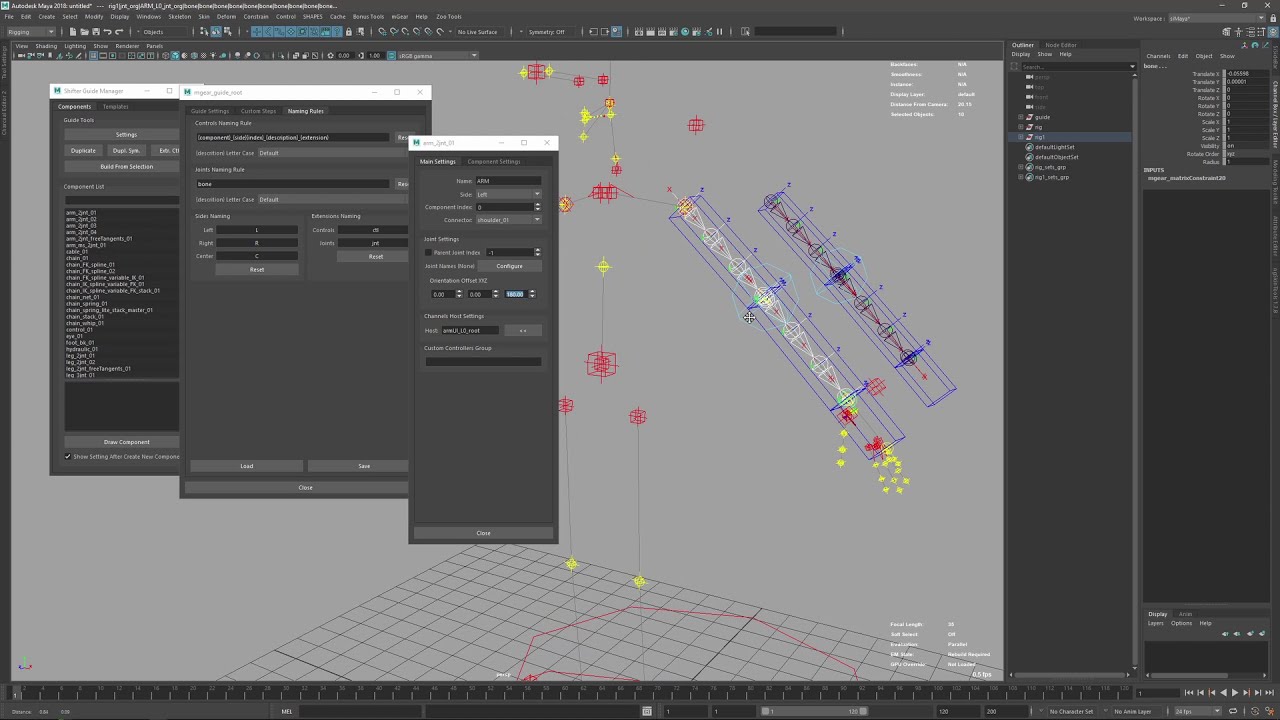 This option is only available in mgear 3.7 or later

Thank you so much Miquel! This looks like it’s exactly what I needed.

You will need to select the guide root and choose Shifter → Update Guide from the mGear menu. Otherwise you will get a message saying the guide needs to be updated.