Modifying the geometry while already rigged

Hi!
I started the Data Centric Rigging tutorial on YouTube, and realized halfway my character (I decided to take one from my library) had the body merged with the haircut, eyeballs, teeth and tongue. So I decided to remove this parts on another scene (because obviously it was hard to paint the weights properly) and imported my rig on this new mesh: so the rig works, but when I want to move on (tweak my weights with the ngSkin tool), no layers appear. I tried to import them from my previous scene but nothing happens.
How can I do?
Also and more generally, what do you usually do if you realize the geometry is not optimal but you already started rigging?
Thanks in advance!

When your topology changes, you need to transfer the weights from the old topology to the new topology.

mGear’s Import Skin works on vertex numbers, so it cannot load weights on new topology. It will give you an error if you try.

ngSkinTools can load weights by closest point. But first you have to skin the geometry to the same joints before attempting to import.

mGear -> Skinning -> Copy Skin can be used to copy weights from old geo to new geo. You select the new geo (unskinned), and then the old geo (skinned) and run the menu command. It will automatically skin to the same joints, and copy weights.

Also you can use Flex too from @Jerome 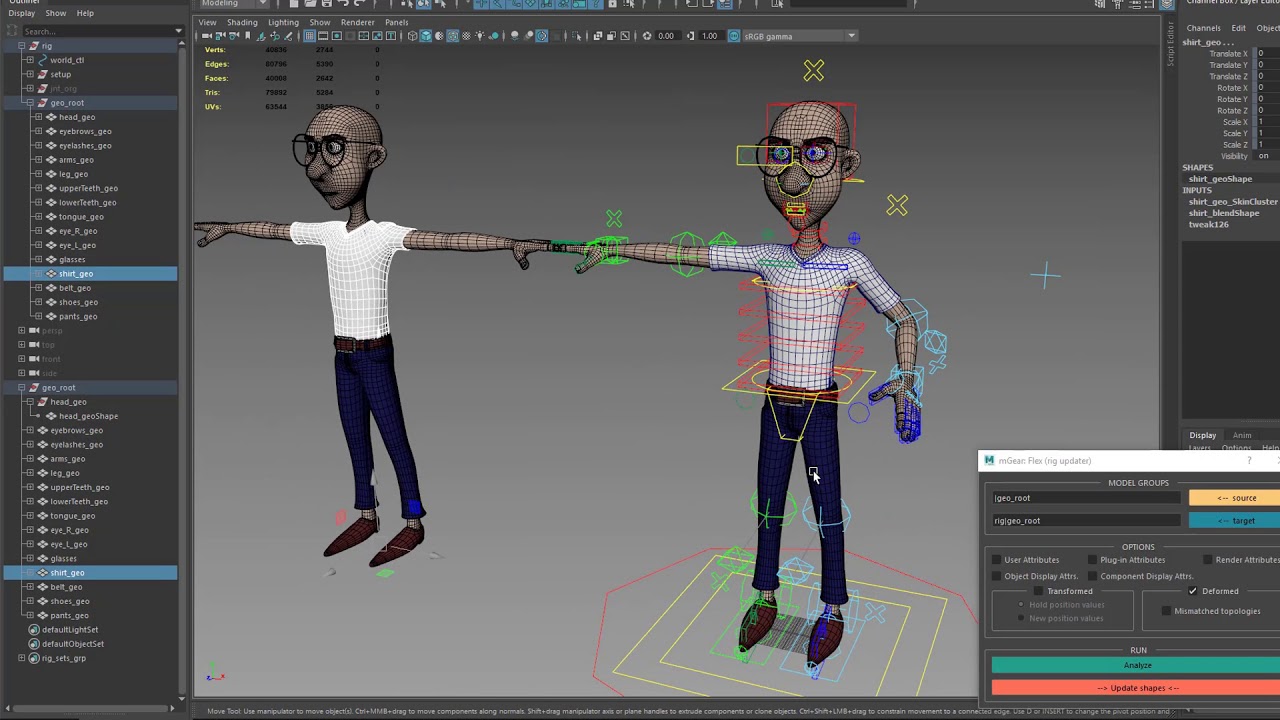