Quick question does this node handle just 1 constraint or can it plug in as many as needed to handle a bunch of calculations rather then making multiple constraint nodes?

The new mGear matrixConstraint node was designed for a particular purpose, basically to reduce the number of nodes that were needed to connect/constrain a control to a joint. Right now, it is designed for a one-to-one relationship.

As an example, it had this kind of setup before:

And now reduced down to the single node:

One could make this node an array node and ultimately have one node for all these constraints, but not sure what the repercussions could come from it. Right now, that is not on the cards and would need to RnD what could come from it.

I think that having 1 single node for many matrix constraints will bottleneck in parallel evaluation.
Probably in some situations, a multi matrix constraint can be useful but as @JaschaW said we don’t contemplate adding this kind of node unless there is a clear need/advantage for it.

Makes sense @Miquel @JaschaW ty for clearing that up! 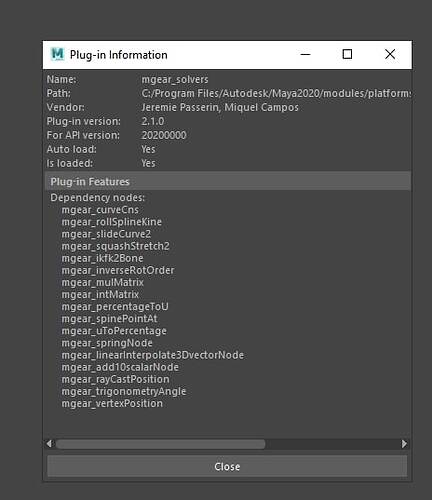 I opened the scene and sadly saw

I do not have much time, so if that’s not easily possible I’ll try to get maya 2018+ for the other animator.

We have drop Maya 2017 support

This issue was solved that the mgear constraint was not loading. An older version of mgear was installed that would take priority over the newer version. Maybe the installer could check if a previous version was installed on another location?