This isn’t so much a mGear question, more of a Maya question. I thought I’d ask here because the mGear default human rig has a nice toggle for control visibility on playback. How is this achieved?

I know there is an option in the display layers but as far as I can tell mGear doesn’t put anything in a layer by default. Is there a way to do this for controls that are made outside of mgear?

This is the attribute that handles this on any transform DAG node in Maya. 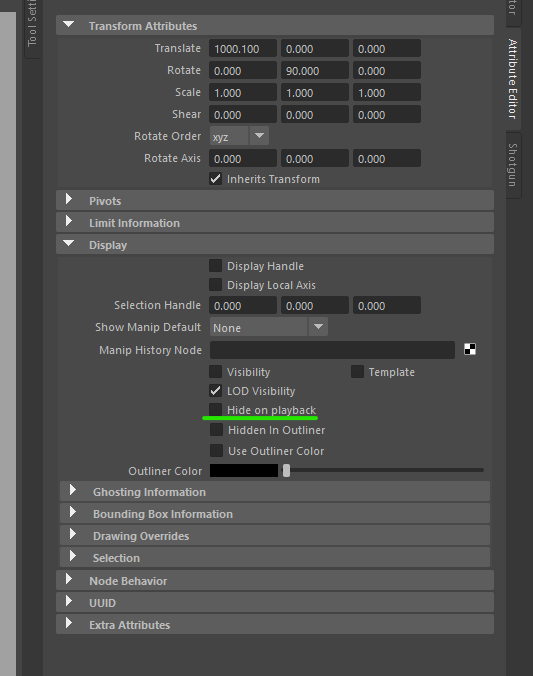