There are plenty of threads discussing this topic on the forum but some of them are really old and irrelevant so I thought it would be good to have a fresh thread for the current version of mGear.

A. Space switches, where do you find them?
When I first started using mGear and mGear rigs I was totally confused about space switches mostly because of the terminology used and the location of the space switches

In mGear, space switches are called “references” instead of spaces or switches and are not located on the related limb but instead, you will find them on “Host controls” often found at the root of the character.

For FK we will simply talk about "references" and for IK we will talk about “IK references” and both will be found on those “Host controls”. Beware, sometimes the FK spaces will also be set in the IK references drop down menu

This is the case for the head of my Sagat rig.

Here is an example for the arm of my Low Po Sagat character : 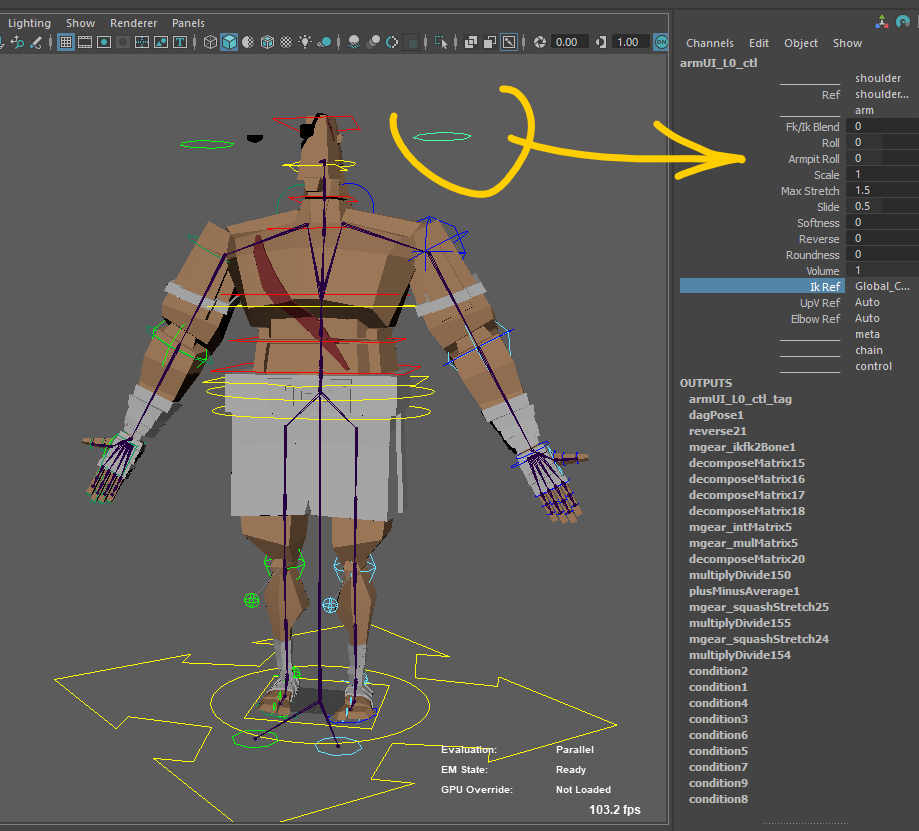 a. Here are the two FK spaces I setup, the first one is my World Space and the second one the Local Space. 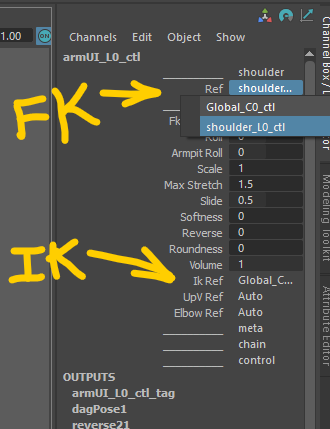 b. And here are the two IK spaces. Similarly to the FK, the first “IK reference” is my “World space” and the second the “Local Space”: 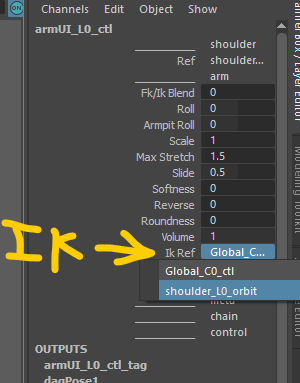 c. The “UpV ref” is for the space switch of the Pole Vector

The “Elbow pinning” is found in the “Elbow Ref” section : 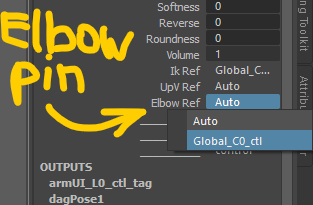 As you can see in the channel editor, this is also on that “host” that you would find the “IK FK switch (blend)”. 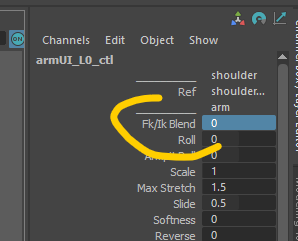 FK is 0 and IK is 1 but mGear has some really cool features and a built-in “IK FK match” which you can simply access with a RMB (right mouse button click) in the viewport while having the “Host” selected. [No you don’t need to use the Synoptic view as suggested in some old threads]

And as you can see, you will also be able to access the “Space switches” from that flying panel, in addition to “Mirror functions”. How cool is that? 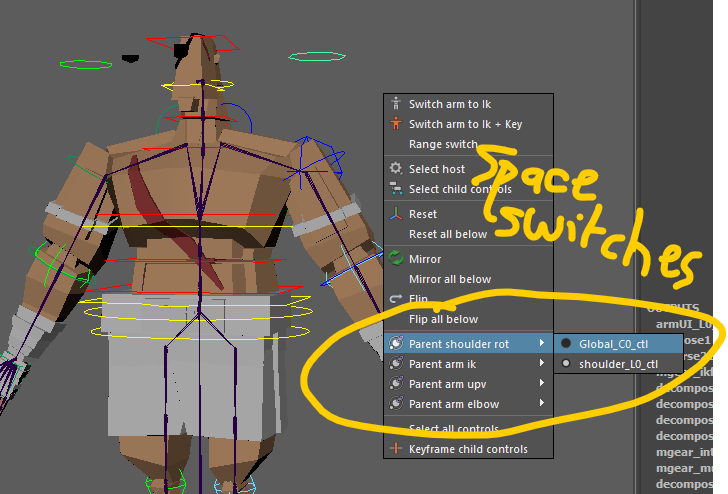 That should cover “Space switches” for users and new people. In my next post I will tackle the creation of the switches.

In this post we are gonna tackle the creation of the space switches for the arms as demonstrated in the first post.

To create your space switches, you will need to first create a Host. A host can simply be a control_01 component with no joints placed at the very root of your guides structure.

Here I created a host for the right and the left arm and both will be placed on the ground. 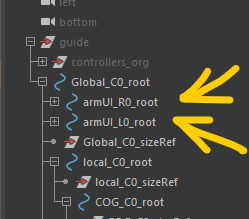 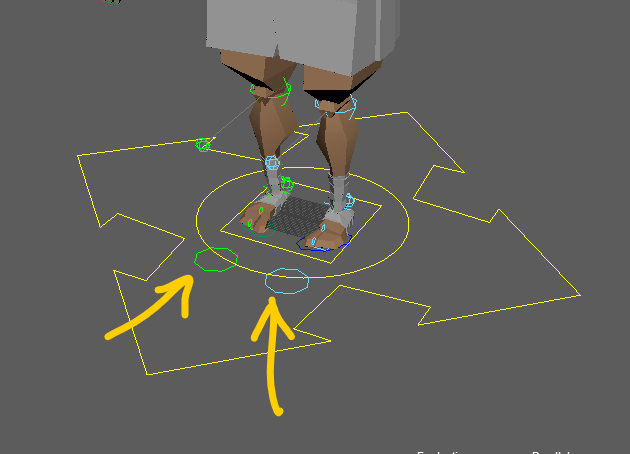 I simply went for an EPIC_arm_01 since my project required the simplest arm setup possible with no bend bows or twist joints. 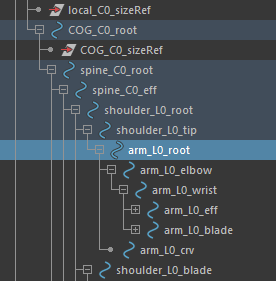 When setting up the Arm component, this is where you will plug the Host component by simply selecting the Host and clicking on the little arrows next to the empty Host text box. If you are unable to plug it and recceive an error message, most lilkely it is because you have a built rig already in the scene and you can’t. 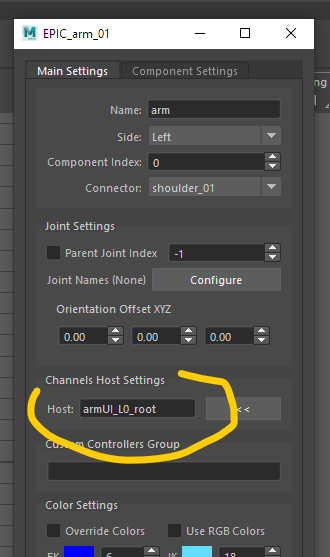 Now this is where the magic will happen!!!

Similarly to the Host selection, you can’t have a rig in the scene while setting up your parent switches.

Now that we are done with the IK switches, let’s tackle what used to be a challenge, the FK space switches!!!

Until Chris clarified it two weeks ago in this thread, there was a lot of confusion about FK space switching and people, me included, thought we still had to create some post scripts to create a World FK switch. or dig into Maya’s submenus when in reality it is a lot simpler, but just a tiny bit different than the IK switches.

Instead of setting up the parent switches on the arm… we set them on the shoulder!!!

I must admit I had given up on mGear last year until I got a bit more time in my hands and found out the answer by pure luck few days ago, then today, I saw Chri’s answer which I posted above

So once again we select a host in the Shoulder component main settings panel. I reused the same host as the IK arms since it is for the same limb. 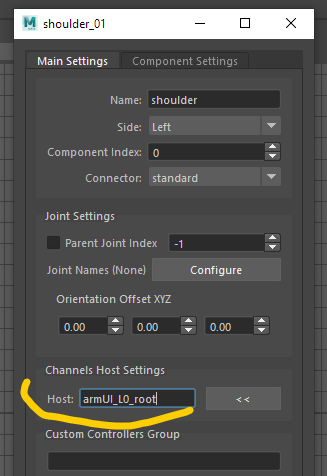 Then you will populate the Reference Array text box in the Component Settings tab with your various spaces. Here I traditionally listed the World and Local spaces and that’s it!!! 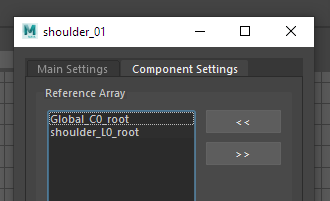 And that’s it, you are done with both your IK and FK Arms Space switches!!!

Ah yes… what about the head now? Do we need to use a Post script as mentionned in this thread or can we use a similar system as the arm FK switches?

I have to admit I haven’t tried yet so let’s see tomorrow!!!

Hopefully this thread was useful for you so far. Have fun mGear rigging!!!

Instead of setting up the parent switches on the arm… we set them on the shoulder!!!

I think the main confusion that arises with Shifter is when people think this is a “biped” rig, instead of a connected collection of character-like components assembled into a biped example template. Once you break apart the abstraction in your mind, you are much more free to customize or debug things.

For some reasons, I thought I should post my simple FK neck and head setup with space switches on a separated thread so here it is !

When I started using mGear, I got really confused about space switches and the various theads I found on the forums got me even more confused so it might be time for a new thread that will eventually clarify everything for new mGear users starting with version 4+. As you might remember, last week I was using the shoulder_01 with my mighty_neck_01 component and even recorded a video tutorial for this but ran into a problem as I couldn’t get the orientation to be consistent with the rest of the s…